The science of consequences is a concept I taught on a daily basis for several years as a family specialist. I saw behaviors change in the most dramatic ways. I was sure I had it all figured out; that is, until I had to apply it with my own child. She was two years old and phasing into tantrums.

At first the tantrums were easy to ignore long enough for her to calm down as I chalked it up to the “terrible twos”. But after a while I knew the screaming fits had to be addressed. It couldn’t just be ignored anymore because it was getting worse. I had nagging thoughts in the back of my mind: “You know how to change behavior, you used to teach other parents how to do it. Now it’s your
turn.” So I tried to imagine myself as one of the parents I coached, and rehearsed what I would have taught them about correcting a misbehaving child. Then I taught my daughter how to act when feeling angry, explained the negative consequence if she didn’t calm down appropriately and what sort of reward she could earn if she did calm down. After some time of prompting and following
through with rewards and consequences I saw a glimmer of success and excitedly shared it on Facebook:

Consequences, both positive and negative, can change behavior. I say ‘can’ because there is a catch. Not all consequences are created equal. To make consequences effective, these guidelines must be followed: Consequences must be

Each of these elements must be present in order to create a change in behavior. Let’s talk a little more about each one.

First, consequences must be given immediately—right after the behavior occurs—or as soon as possible, depending on the age of a child. For example, a teenager can understand that they’ve earned a later curfew for the weekend, which may be several days away, but a toddler may not comprehend that the sticker they received today is a positive consequence for good behavior that occurred days earlier. However, even if the reward isn’t given right away, the child should always be told immediately that they earned a consequence. The same goes for consequences; if it’s not given as soon as possible, your child may not connect the behavior to the negative consequence.

Next, frequency refers to the number of times a consequence is given. If you give the same consequence too often it loses its value. For example, if a child loses TV time for every negative behavior during the day, then at the end of the day there will be no TV time left. And if this scenario is repeated frequently, not only will your child lose hope that they’ll ever earn that privilege back, they become accustomed to its absence and can easily live without it when it’s taken away again. Then you’re left scrambling for new, perhaps more dramatic consequences. On the other hand, if you reward a child with an ice cream cone every time they do something positive, they will eventually get tired of ice cream and not care to continue the good behavior to earn more (and you may run out of freezer space).

Third, consequences should be adjusted to match the severity of the behavior. Typically, it is best to give the smallest consequence that will be most effective. If a consequence is too severe (your child came home 5 minutes late so he will be grounded for a month), the child will feel hopeless and abandon any effort to earn back the privilege. Additionally, it is often difficult to follow through on such a severe consequence. Failure to uphold the consequence is as ineffective as giving no consequence at all. Similarly, positive consequences are most effective when the reward is appropriately matched to the good behavior. Grandma Griswold from the popular movie, “National Lampoon’s Christmas Vacation” provides a humorous example of an ineffective reward. When she arrives for the holiday festivities, she immediately turns to her grandson, Russ, and says “Sweetheart, your grandma Nora’s got a real painful burr on my heel. If you rub it for me, I’ll give you a whole quarter. Okay?” Russ reluctantly responds, “a whole quarter?”, to which Grandma Griswold exclaims,“Yeah and I’ll give Audrey a quarter too!”

Fourth, consistency, means how often a behavior is acknowledged. If you don’t like your child to hit others, then you must correct them every time you see them hit. If they are only corrected every third time they hit, it’s like playing the lottery. They’ll take the gamble of hitting, because they know chances are good that they may not get a consequence. And, the satisfaction they get out of hitting is worth it if they might get away with it. Many parents tend to confuse frequency and consistency. Frequency is how often a particular consequence is given, whereas consistency is how often a behavior is addressed.

The final and, in my opinion, the most critical element of an effective consequence is importance. The reward or punishment has to be something that the child sincerely cares about. A child who dislikes playing video games is not going to care if you take the Xbox away, just as a child who loves video games will continue a behavior if they earn more game time. Pay attention to what your child does in their free time to get a better idea of what consequences to use.

Learn: The ABC’s of Behavior

A parenting tip I often gave while teaching as a family specialist is that it’s best to plan how to respond before a situation occurs. So now that you know the 5 elements that make a consequence effective, make a list of as many negative consequences and rewards as you can think of for each child. If you find a behavior is not changing after using a consequence, study the basic elements and make some adjustments. It may take study and planning, but you’ll be surprised how quickly your child’s behavior can be shaped with consistent, effective consequences.

How to help a child with ADHD

Children, teenagers, and adults with attention deficit hyperactivity disorder (ADHD) often have trouble concentrating. Considered a mental disorder, ADHD has various symptoms and varying degrees of severity but can be effectively managed through early intervention.

END_OF_DOCUMENT_TOKEN_TO_BE_REPLACED 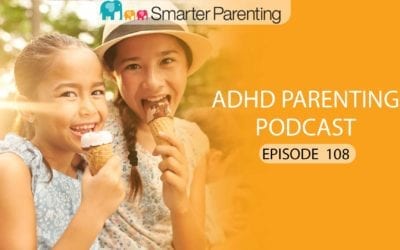 Ep #108: Being more effective when giving consequences and rewards

Giving effective consequences and rewards require parents to understand the difference between values and interests. Learn more from Siope.

END_OF_DOCUMENT_TOKEN_TO_BE_REPLACED 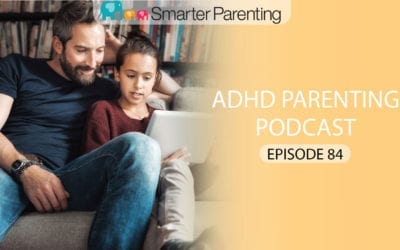 #85: How to use Effective Negative Consequences: Part 3

In today’s podcast, ADHD Parenting Coach Siope Kinikini continues to share with parents the limitations of consequences and what they can do instead.