5 do’s and don’ts for grieving parents

5 do’s and don’ts for grieving parents

The loss of a child is about the worst thing most of us can imagine. You see reports on the news almost every day of families losing a little one and we think “Oh, how tragic!” and then the news team breaks for commercial and we get up to get a snack. It’s almost as if such horrid things only happen to other people.

But eventually, you will meet one of these grieving parents. They could be a friend, a family member, or a neighbor down the street. Suddenly, the tragedy hits close to home, and you want to make it better. You pluck up your courage and approach the grieving parent, ready to give that little bit of advice that you know will just make everything better.

And about thirty seconds after they smile and move on, you give yourself a dope slap on the forehead because you just botched it.

I’m a dad who lost his seven-year-old daughter, Rachel due to a medical condition. My wife and I were the ones that people were going to make better. Spoiler alert: it didn’t work. When a child dies, everyone is trying to make sense of the situation. It’s a horrible truth that sometimes children die, and when the world loses that little bit of innocence, everyone suffers. Because most of us aren’t accustomed to how to deal with the situation, our ham-fisted efforts often don’t come across as helpful as we’d like them to be. This is not necessarily a bad thing; we all need to make sense of what may be the worst thing anyone can imagine.

In the process, though, some tips might assist in your efforts to actually connect with the grieving parent, and maybe help your own understanding as well.

These aren’t just pet peeves of mourners. They are points that tend to make matters worse for someone who is grieving. Nobody looks at somebody who has gone through this and says “Hey, let’s pile on the frustrations!” But really, how do you approach a situation to which you have no experience or ideas on how to “fix” it. First off, you can’t fix it. death is final, and losing a loved one can’t be cured. But there are things you can do to make it a little easier.
Most of these techniques can work for grief of any kind. I’ve seen this kindness effective in the lives of widows or people who have lost a sibling or parent as well.

Don’t do these 5 things

Working with a parent who has lost a child of any age doesn’t really take much. Overcoming social anxieties and norms is the only real obstacle, but in the end, it just takes an influx of love. Whether it’s a family member, friend or someone you aren’t familiar with, being a true friend just involves using your ears and a little bit of time. In the end, it makes someone else’s burden lighter, which in turn can lighten your own.

Brett is a guest author for Smarter Parenting. For more information about Brett you can visit his blog. Dad Without A Daughter 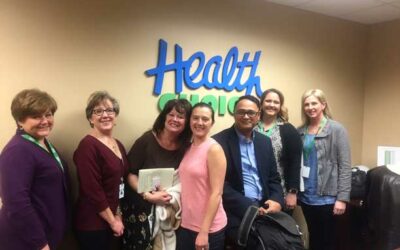 Refugees, the elderly, human trafficking, special needs and everyday families. How Smarter Parenting is helping communities locally and around the world.

END_OF_DOCUMENT_TOKEN_TO_BE_REPLACED

From victim to survivor to advocate

The resiliency of children to redefine themselves through aftercare services. Part two of a six part series.

END_OF_DOCUMENT_TOKEN_TO_BE_REPLACED

Aftercare Mission to Africa with OUR

What happens to children AFTER they are physically rescued from human trafficking? I found out.