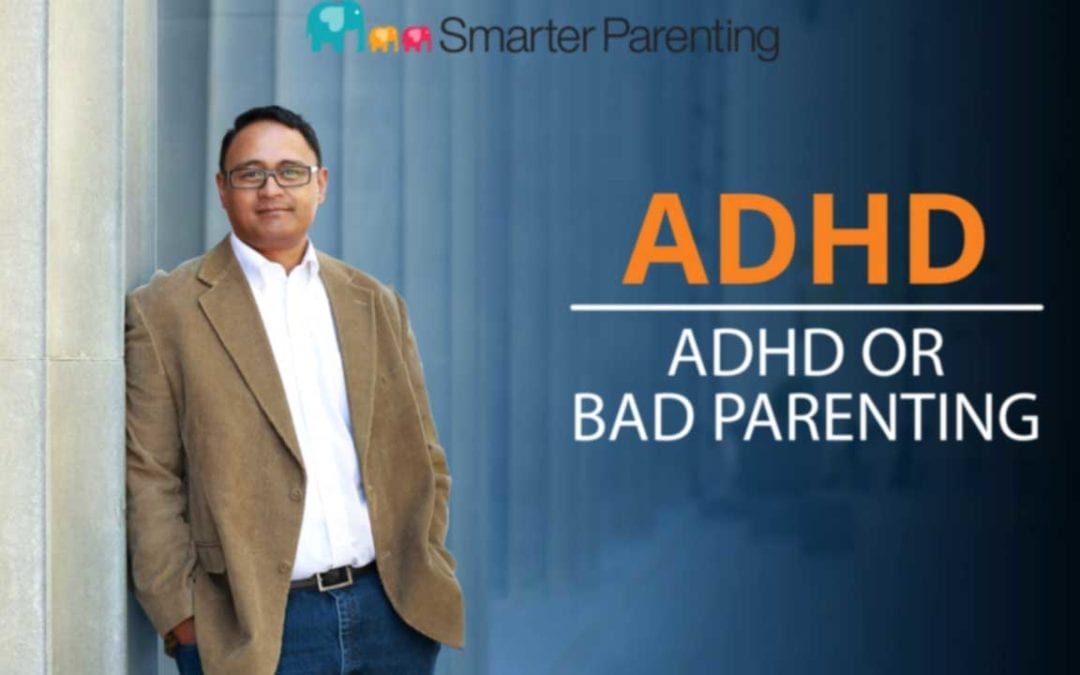 As an ADHD parent, one of the most hurtful statements someone can say to you is, “Is it ADHD or bad parenting?” In that statement, whether, it’s a family member, a friend, or a stranger, they minimize the diagnosis of your child and the struggles of parents dealing with ADHD. It makes it feel like you can’t do anything right and you’re all alone in parenting an ADHD child.

As someone who has ADHD, I find it mind-blowing when someone feels the need to tell me that ADHD doesn’t exist. ADHD is not a “made-up diagnosis.” ADHD is a real disorder that is recognized by the American Psychological Association and comes with real symptoms and behavior. ADHD behavior has been studied since the late 1800s.

To those who say we’ve gone overboard in the ADHD diagnosis, there is some truth in that. An ADHD diagnosis requires a child to exhibit specific behavior and to be diagnosed by a medical professional, but sometimes a parent or a teacher gives a child the “diagnosis” of ADHD. While well-meaning, it serves to bolster the opinion of those who don’t believe that ADHD is real or that it’s just bad parenting.

If you believe your child may have ADHD, it’s essential to make sure they get a diagnosis from a medical professional.

While ADHD behavior can be made worse by inconsistent parenting, bad parenting doesn’t cause your child to have ADHD. Having a child who acts up doesn’t make you a bad parent (though we know there are days when you feel like it does).

The reason many believe ADHD is due to bad parents is that the symptoms of ADHD make ADHD discipline more difficult. ADHD children don’t always behave in like other children.

Parents dealing with ADHD don’t need the blame game. They need people to believe them. They need support. They need resources. Parenting an ADHD child requires you to become an advocate for your child and to help bring ADHD awareness to family and friends on what ADHD behavior and diagnosis mean.

Hi, on this episode we are actually talking about ADHD versus bad parenting. We’re talking about whether or not ADHD awareness exists and this whole concept that ADHD is not a real disorder. So, I am glad you’re here to join me. This is episode nine. Let’s get started.

Smarter Parenting welcomes you to our podcast series, The Parenting Coach For ADHD. Here to heal and elevates lives is your parenting coach, Siope Kinikini.

I wanted to start off by talking about a comment I received by email from a mother who stated that the social worker that is working with her child said that, “ADHD doesn’t exist,” and that, “It’s actually all about bad parenting.” Eek. Like seriously, this was an email and I was shocked. Super shocked. It’s 2019, and yet we’re having this discussion of whether or not ADHD is real or not. And in fact, there are books that have been written, challenging this idea that ADHD exists. I would like to say that it’s real. It is real, okay, and it blows my mind like out of the water when people ask if it’s a real thing or if it’s not.

We have it officially. I mean, if you’re saying that it doesn’t exist, the American Psychological Association says it does exist. And there have been numerous studies done about ADHD. Now, what some of these books are talking about, and I’ve read one, is that, “Hey, we’ve clustered some of these behaviors together and then we’ve called it ADHD, but maybe they’re actually something else.” Now, these are just suggestions, and why these people, and some of them are physicians, why these people have credibility at all makes me wonder. Now, they’re asking good questions, I feel, but at the same time negating this idea that parents are not struggling, and that everything is made up, and that parents are awful parents because their children misbehave is a really detrimental thing to do to anybody.

I mean, come on. Kids will behave the way that they’re going to behave and we as parents do our best to help them grow into the adults they need to be, but some of them have challenges. And ADHD can be a real challenge. And so, to negate that whole thing and blame parents is the worst thing that anyone can do, okay? So, just stop. Just stop, stop, stop. Stop, all right? ADHD and parenting. ADHD versus bad parenting. I’m just flabbergasted that you’re comparing that. That that’s a comparison that’s made.

It’s actually super sad to me, largely because it negates also that the child needs help, in addition to what they are already receiving, and it’s actually a blame tactic. I find that it’s something that people will do to just blame it on somebody. Now, we need to stop this shaming of parents and allow them to access the resources necessary to help their child succeed. Right? Absolutely.

Now, there are some who would argue that perhaps we’ve gone overboard with the diagnosis of ADHD, and the reality is, is yeah, that’s true. There’s some reality to that, in that diagnosis for ADHD needs to be done by a professional, and sometimes, a kid receives the diagnosis largely because it’s reported by the parents to the physician and the physician just accepts it. Or from a teacher who says, “Yeah, this child is ADHD classic.” ADHD without doing any type of assessment or evaluation, or long term observation of the child’s behavior.

So yeah, I think it’s gotten a bad rap over time, and I think that the definition of ADHD has changed for different people, depending on who you’re talking to. For professionals, it’s under a very specific symptomology. A child has to behave this certain way for this long. And then for there’s a different side of it. There’s a different camps where parents believe, “Well, he behaves this way and I hear that, that’s what it is,” and boom, boom, boom. So, actually getting the correct diagnosis will be super helpful in helping to destroy these ideas that, “Hey, it’s just bad parenting,” whether or it’s ADHD. Right? So, get the right diagnosis.

One thing I do wanna say is that, every parent who has a child with ADHD needs to become an advocate for ADHD. You need to be able to converse with people, both on a level where people don’t know anything about it, up to professionals. You should be able to have conversations about ADHD and how it’s affected your family, and what it is, and what is does, and how if affects the life of your child. And, the challenges that you have. Hiding this and keeping it quiet or not advocating for it actually will be detrimental in the long run to this whole cause of helping people understand the ADHD is real.

Let’s stop shaming parents and let’s start helping people understand that ADHD is real and that there is an awareness that is necessary in order to help these children become successful adults, right? Now, if you’re interested in learning more about his dialogue of whether or not ADHD exists, whether it’s just bad parenting, there are a few books that are out there, that discuss this. And yeah, at the same time, you should be balancing that out with the countless studies that have been done over multiple years about ADHD.

Now, ADHD is very unique in that it has existed longer than a lot of other disorders. It’s been around for decades, and it was known also by hyperkinetic disorder. The name changed in the ’80s to ADD, and now it’s transformed into ADHD. And so, it’s changed over the years, but we’re talking about something that’s been around for a long time. And so, obviously, there’s gonna be a lot of information on it. So, spend some time and educate yourself about it. Subscribe to this podcast, and learn more about ways that you can use behavioral interventions to help your children deal with ADHD, all right?

So, I feel like I went on a rant and in a way, I feel like I was kind of … I’m a little upset that people are doing this. Largely because there are a lot of kids that have ADHD, and they need help, and there’s a lot of great parents with children with ADHD, who misbehave. And it’s not the parents’ fault. The parent is doing the very best they can, and I think we should honor that. We

should honor parents who are sincerely trying to help their children, and are still struggling with that. Because this is … it’s not an easy thing to deal with.

So, anyways, I better stop because I’m gonna like, run for Congress or something and become super upset, and anyway. I think that’s all I wanted to talk about today. I know, I should calm down. But seriously, it’s offensive to me to hear people say that. And if you are a social worker out there, and you are speaking like this, please educate yourself. Spend some time, educate yourself on the facts. Go through all the studies, read a book. Go to the manual where we have all the diagnosis listed there, and you will find that it is in fact, a diagnosis that’s inside the book. The DSM for people who are here in the United States. The DSM-5.

So, that’s it for me. If this has been helpful for you, feel free to subscribe. Please share this podcast with other people who have children who are struggling with ADHD, or are involved. Educate additional people. Become an advocate for ADHD, so we can raise awareness of people who aren’t aware of it, and we don’t minimize the struggle and the difficulties that a lot of parents and a lot of children experience while they try and navigate through these waters. All right?

That’s it for me. I will be back next week, and we can talk some more about ADHD. All right, have a good one. 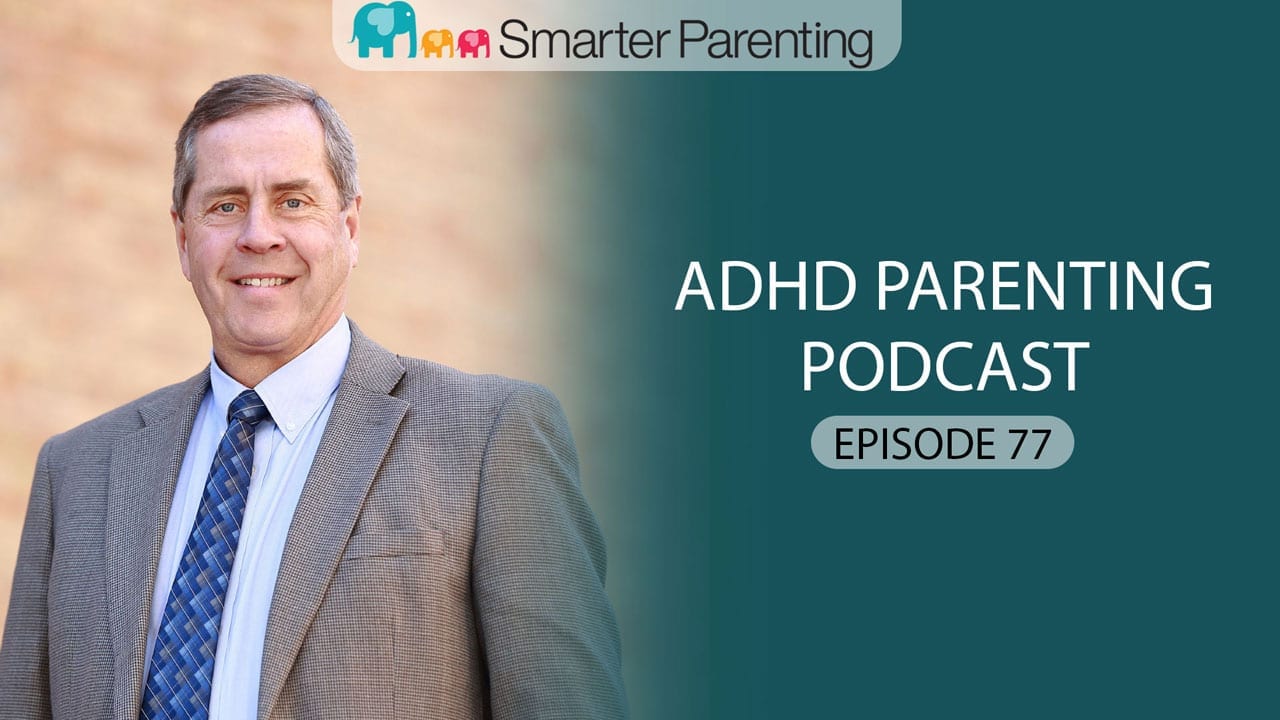 #77: How I learned to help my ADHD child, with Eric Bjorklund 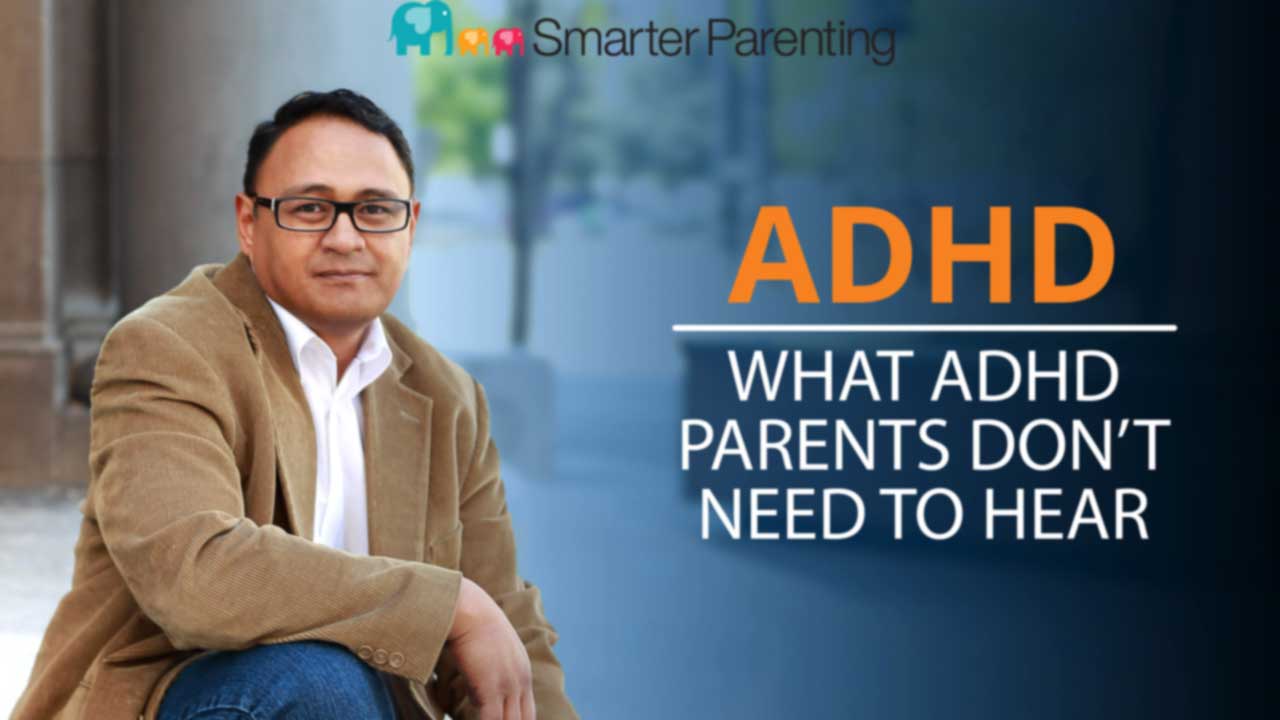 #8: What ADHD parents don't need to hear: Episode 8 of the ADHD Parenting Podcast 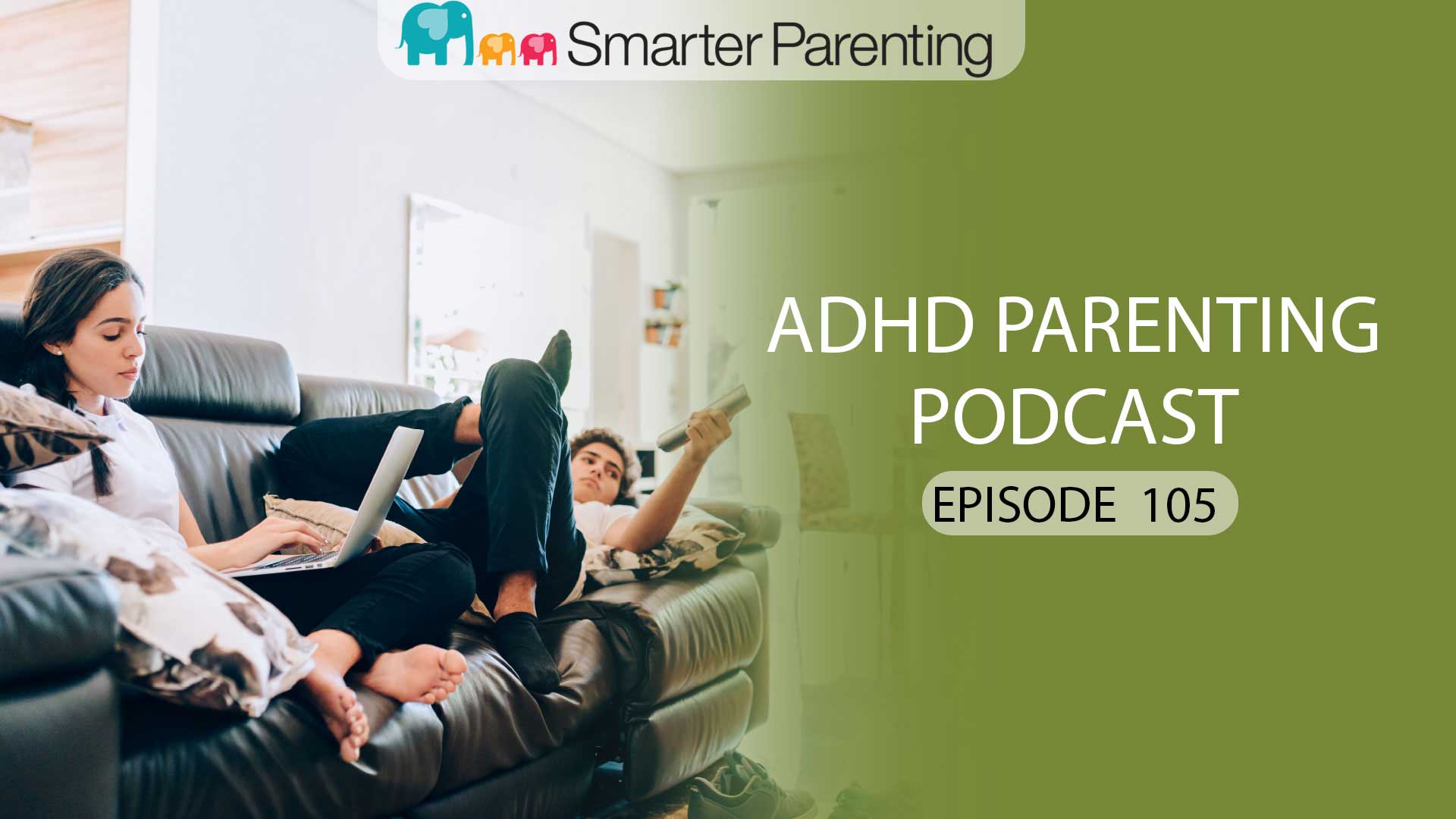 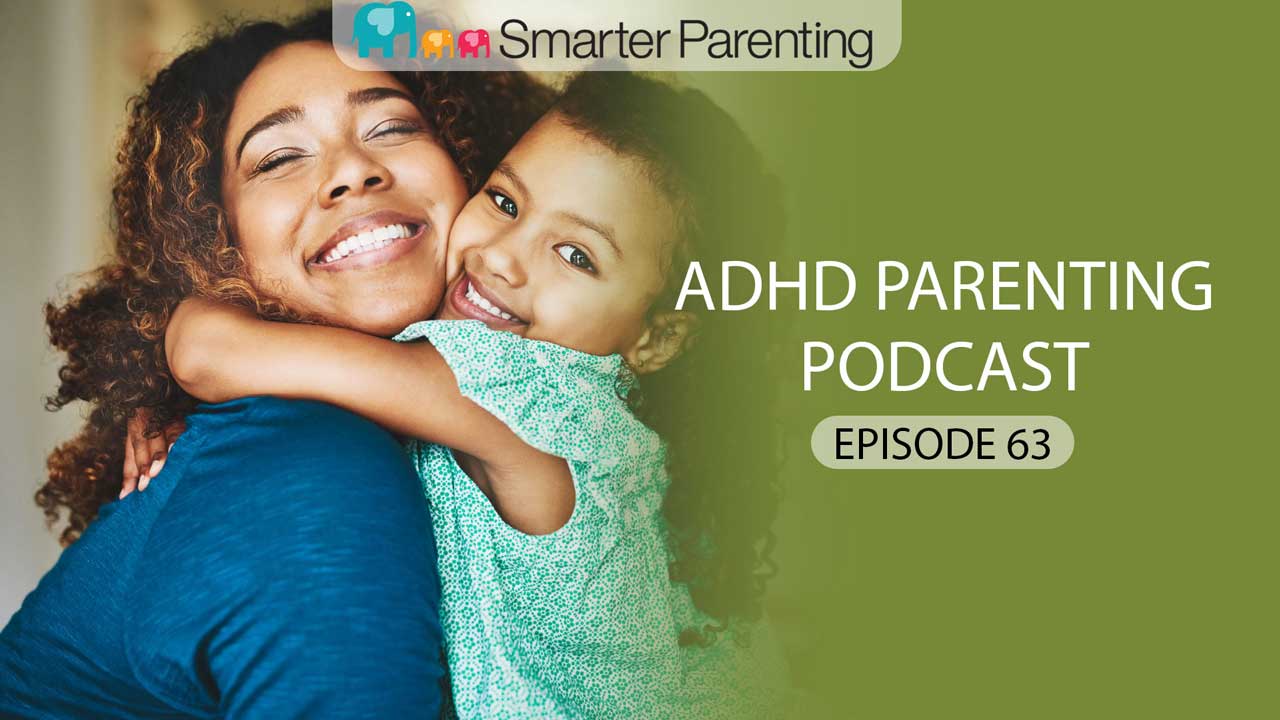 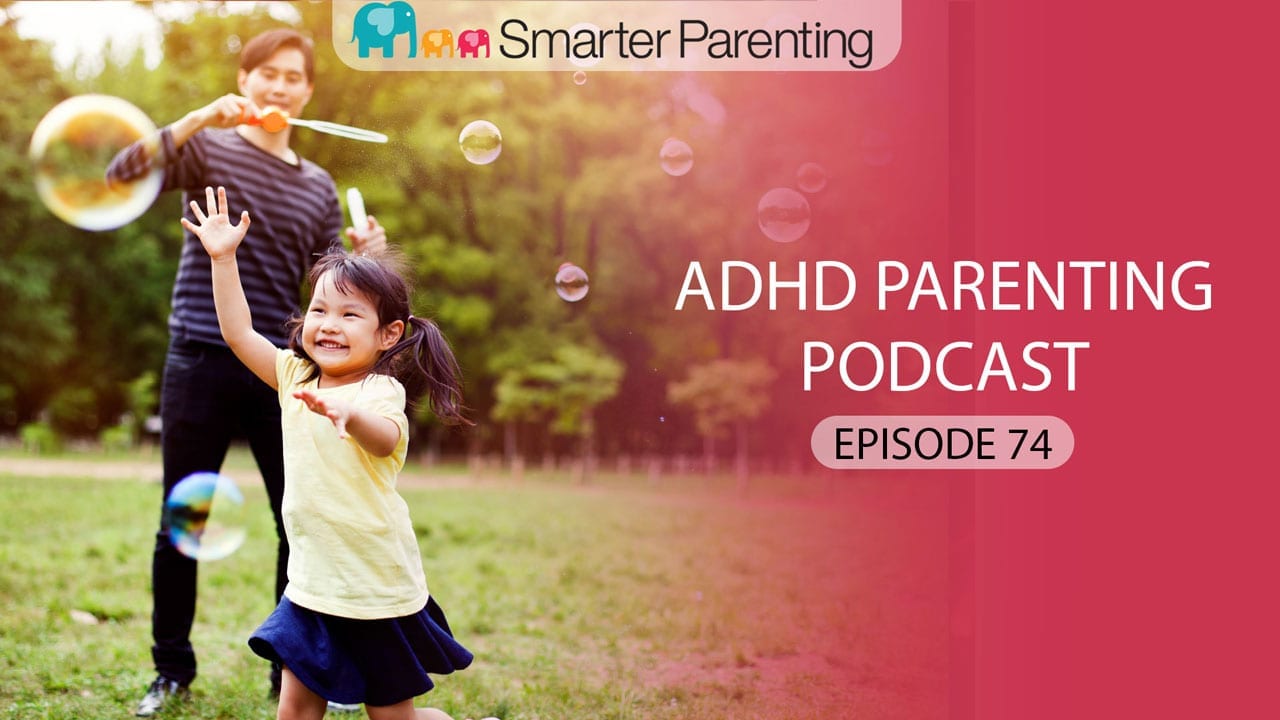 #74: Getting the right diagnosis with Dr. Gray and Dr. Crohan